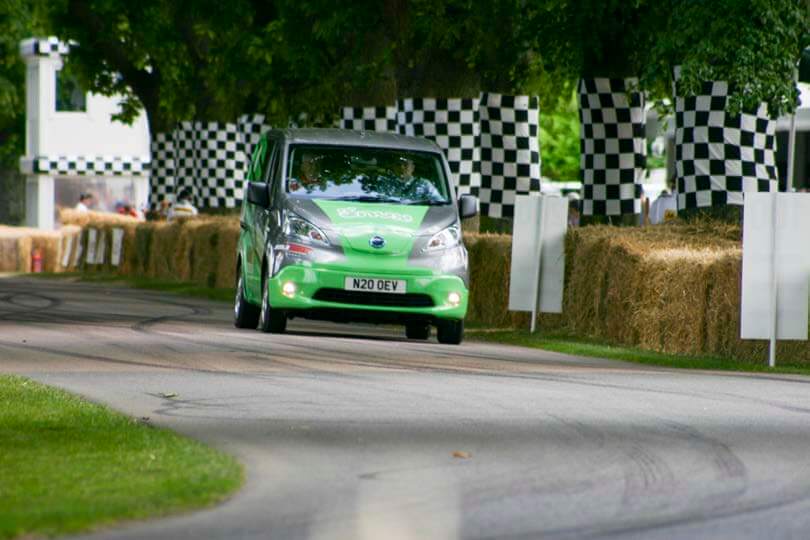 Amid all of the noise and smoke at the 2015 Goodwood Festival of Speed, a very different type of course record was set, as Lionel O’Connor became both the first, and the fastest person ever to complete the famous hillclimb in a wheelchair accessible vehicle.

In 2006 Private O’Connor was serving with the Royal Anglians in Iraq when his vehicle was caught in a huge explosion, killing two of his colleagues. Lionel was severely injured, losing his left leg as a result. At the 2015 Goodwood Festival of Speed, Lionel made history to become the very first wheelchair user in the 23 years of the event to complete the iconic hill climb course as a passenger aboard a wheelchair accessible Brotherwood vehicle , piloted by Goodwood regular and former Nissan BTCC racing driver Andy Middlehurst.

Lionel is no stranger to speed: The manager of the Mission Motorsport stunt driving team can often be seen performing high-speed slides and burnouts as part of his work with the Forces’ Motorsport Charity. So despite Andy, a British Saloon Car Championship winning driver, who has also recorded historic Formula 1 victories at Monaco, Silverstone, Spa and Goodwood revival, driving the car to its limits, Lionel remained unfazed: “The car is really comfortable, but I was strapped in, in my own wheelchair, meaning I didn’t have to transfer from the wheelchair into the car. Even though Andy was pushing the car up the hill and through the corners, I felt secure and safe. There is also a lot of room in the back so it didn’t leave me feeling all squashed. Thank you very much for giving me the unique experience.”

The vehicle itself was perhaps not the usual Festival of Speed fare: an all-electric Nissan eNV-200, converted by Brotherwood to carry a wheelchair user in addition to 4 seated passengers and a driver. Despite the “Envy’s” performance shortcomings when compared to his usual drive, a 1966 Lotus 43 BRM, Andy aimed to get the most out of the battery-powered, wheelchair-accessible vehicle; something to which the vehicle’s other passenger, Brotherwood Managing Director John Daniel can testify:

“The course rises over 300ft from the start line to the finish, and is very technical and challenging for the best of drivers. Climbing a steep and narrow estate road bordered by the infamous flint walls, peaking at over 75mph was exhilarating in the ENVY and felt it was on its limit during the corners, truly a great time.“ 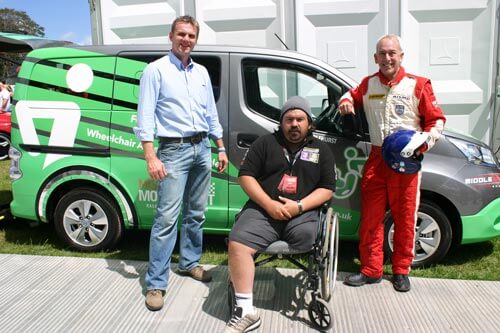 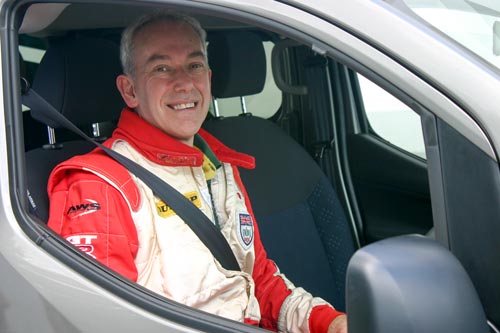 “The work that Mission Motorsport carry out in providing motorsport as part of the recovery and rehabilitation of our servicemen and women is inspiring and undoubtedly a fantastic cause. An inspirational character, it was an honour to offer Lionel such an opportunity after what he has been through serving queen and country. With his character and outlook on life, people like Lionel that make the world a truly better place. When you think you’ve had a bad day in the office you need a ‘Lionel’ around.”

The event marked the first time a wheelchair-accessible vehicle has ever completed the tricky 1.16-mile course, and whilst it may not have been the fastest, it represents a memorable milestone for both Lionel, and disabled transport specialists Brotherwood, who have been converting passenger cars for wheelchair access since 1985, and celebrated their 30 year anniversary at the 2015 Festival.

Brotherwood would like to acknowledge our thanks to Lionel, James Cameron and the team at Mission Motorsport; Andy Middlehurst at Middlehurst Motorsport; the British Racing Driver’s Club for their help contacting Andy; Lord March and the staff and Goodwood Festival of Speed who helped to achieve this milestone in disabled passenger transport.

We’ll also explore some real-world examples of how Brotherwood® clients across the UK use their vehicles to improve their quality of life.

This website uses cookies to improve your experience while you navigate through the website. Out of these, the cookies that are categorized as necessary are stored on your browser as they are essential for the working of basic functionalities of the website. We also use third-party cookies that help us analyze and understand how you use this website. These cookies will be stored in your browser only with your consent. You also have the option to opt-out of these cookies. But opting out of some of these cookies may affect your browsing experience.
Necessary Always Enabled
Necessary cookies are absolutely essential for the website to function properly. These cookies ensure basic functionalities and security features of the website, anonymously.
Functional
Functional cookies help to perform certain functionalities like sharing the content of the website on social media platforms, collect feedbacks, and other third-party features.
Performance
Performance cookies are used to understand and analyze the key performance indexes of the website which helps in delivering a better user experience for the visitors.
Analytics
Analytical cookies are used to understand how visitors interact with the website. These cookies help provide information on metrics the number of visitors, bounce rate, traffic source, etc.
Advertisement
Advertisement cookies are used to provide visitors with relevant ads and marketing campaigns. These cookies track visitors across websites and collect information to provide customized ads.
Others
Other uncategorized cookies are those that are being analyzed and have not been classified into a category as yet.
SAVE & ACCEPT
Powered by